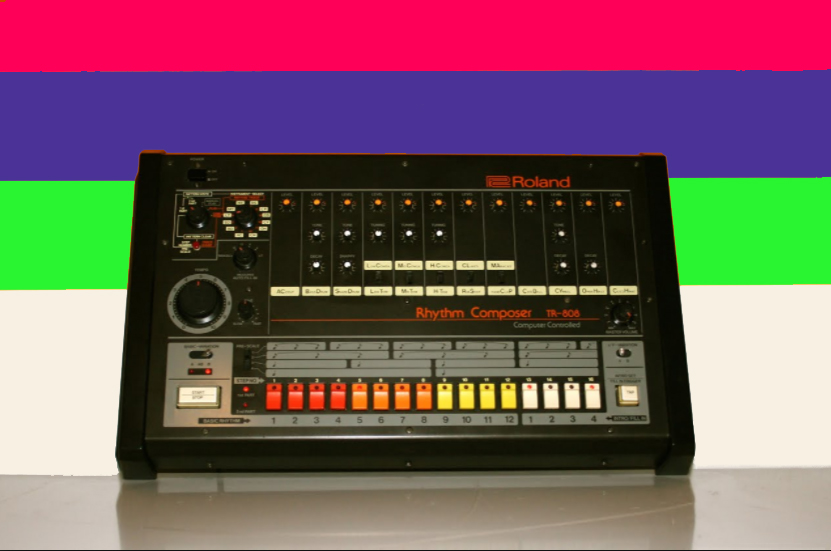 A look back at the history of the Roland TR-808, this drum machine that has shaped musical trends, from electro to hip-hop and techno. An abandoned and then idolized object, a musical quirk with such recognizable sounds. Immediate boarding for Planet 808!

In 1980, Ikutaro Kakehashi released the Roland Transistor Rhythm 808, an unidentified musical object destined to fail, synthesizing in a (realistic) way the sounds of a drum set. Embark 3m3 in a 15L backpack, the challenge is launched. With few modular parameters and an ultra-simplified interface (to make Steve Jobs blush), the TR-808 offers a number of variations, just as surprising, that answer as many questions as the musician asks his instrument. An unexpected expansion of the musical spectrum blurring the boundary between performer and instrument. Zicplace intends to review the history of this instrument, through a collection of songs and albums composed with the TR-808. A look back at these 3 trigger outs that have disrupted production and these analogical sounds that have shaped generations (poke #le_snare).

Ten Ragas to a Disco Beat and Indian Acid House

Our adventure began in 1983, heading for India, in a studio located in the suburbs of Mumbai. Charanjit Singh, accompanied by a TR-808 and a TB-303, composes an album that has become iconic with the re-release of Ten Ragas to a Disco Beat published on Bombay Connection (notice to lazy Parisian collectionneurs). The album remained one of the first acid-house projects, but the TR-808’s robust rhythms cannot be overlooked. Charanjit Singh was probably the first Roland sleeping artist, performing on stage with only a TR-303, a TR-808 and a Roland Jupiter 8 synthesizer.

Depeche Mode: TR-808, a new member of the group

In 1983, A Broken Fame embodies a first musical breakthrough for Depeche Mode, offering a melancholic atmosphere more distant than those of Vince Clark (editor’s note: he left the band in 1982). Replaced by Alain Wilder but not having participated in the composition of the album, it would seem that the TR-808 was a good substitute. This is evidenced by the sublime and little-known Monument, Monument, where the reworked sounds of the TR-808 dress the song. Ditto for the snare drum, release of the TR, present on the whole album! By welcoming the TR-808, Depeche Mode is also adopting an instrument with sounds and possibilities that they considered as unexpected as they were boundless. A beautiful meeting!

Back to the high school years, we go for a slow dance with LL Cool J and I Need Love. In 1970, Jamaica adopted rhythmic sampling, sampling became common practice in the 1980s (as evidenced by the song Cool Breeze On The Rocks, Cool Breeze On The Rocks, containing 24 samples) and drum machines, including the TR-808, were massively assaulted by the underground sphere in 1983. The ingredients are there, from live, hip-hop becomes an object of production. From Afrika Bambaataa to Kanye West, through Egyptian Lover to Nav and its excellent trap Reckless project, the TR-808 is everywhere. It’s up to you to find it!

Subscribe to our Instagram account to send us your best hip-hop song from 1980 to 1993 as a private message. The editor’s favorite (here the referee François Mahé) will win 10% on his next order. To accompany you, a Mythical playlist Tr-808, from the trap to the cloud rap, including classics and Milli Vanilli. Yes, Milli Vanilli…

It’s a story that could have happened at Dizonord‘s. It’s 1987 in Manchester. Martin Price, owner of the Eastern Bloc record store, befriended Graham Massey and Gerald Simpson (one listening to Kraftwerk, the other having a bed in the Haçienda). Together, they founded 808 State, in reference to their common passion for these cheap percussions (editor’s note: the TR-808 was still considered “low end” at the time) and explored the TR-808 in its roughest, deformed, blurred and nevertheless minimalist aspects. Combined with a TR-303, the cocktail can only charm you! To dig: Aphex Twin (who re-released the disc Newbuild in the early 2000s on his label, Aphex’s remix is crazy), Richie Hawtin, Shlømo, Madben, Boston 168, 999999999, Lil Louis, Drexciya, Strafe.

To end our trip, we return to Asia, to Japan where we are welcomed by Susumu Yokota, a composer used to ambient, experimental and trip-hop productions. However, in 1994, he switched to techno music, meeting two drum machines. You are getting to know them, the TR-303 and the TR-808. They become supports for creation and appear, as a watermark, as a persistent echo. On this subject, the editorial staff recommends the podcast of La Foudre (also Category Manager at Zicplace. A problem to board Zicplace? 06 75 82 82 95 05) on Lyl Radio where 5 sounds with a TR-808 have slipped in. Perhaps 6, at the time the article is written, the addition is no longer a problem.

At ex-factory, two units of the same production line could sound different. At the end of 2019, the TR-808 found its sound, that of an iconic instrument. Sometimes there are still one or two left on Zicplace.com, the longer they drag on, the more fun we have, but don’t wait any longer to complete your collection.

“You just need to express yourself… You only need three chords and a big heart! » Dave GROHL …and a

END_OF_DOCUMENT_TOKEN_TO_BE_REPLACED 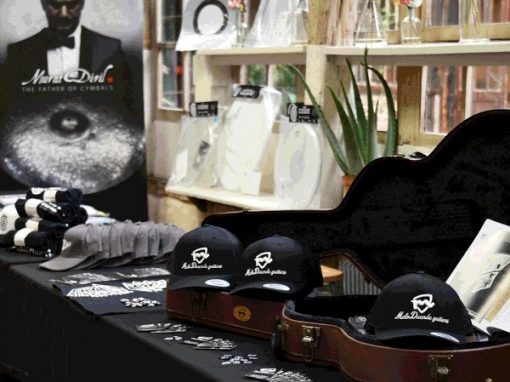 « Western knowledge has been trying to see the world for twenty-five centuries. We didn’t understand that the world doesn’t look